On my life path I have had many challenges. These experiences have made me realise that unlike others, I have been living life at a soul level. I have been concerned with working out secrets within my being and the outer world. In the now, I have gathered many tools and knowledge to help others. I understand that this is my time to come forward to help others find their inner wisdom, to unearth emotions and information about themselves that will lead to their ultimate place of strength and peace.

After 25 years in the corporate world I have become a professional coach and mentor and, on this website, this experience blends with spiritual practices. As a spiritual being, I have already helped many people. Loving service is the only way to go and there is a lot more to do. I am now 60 years old. 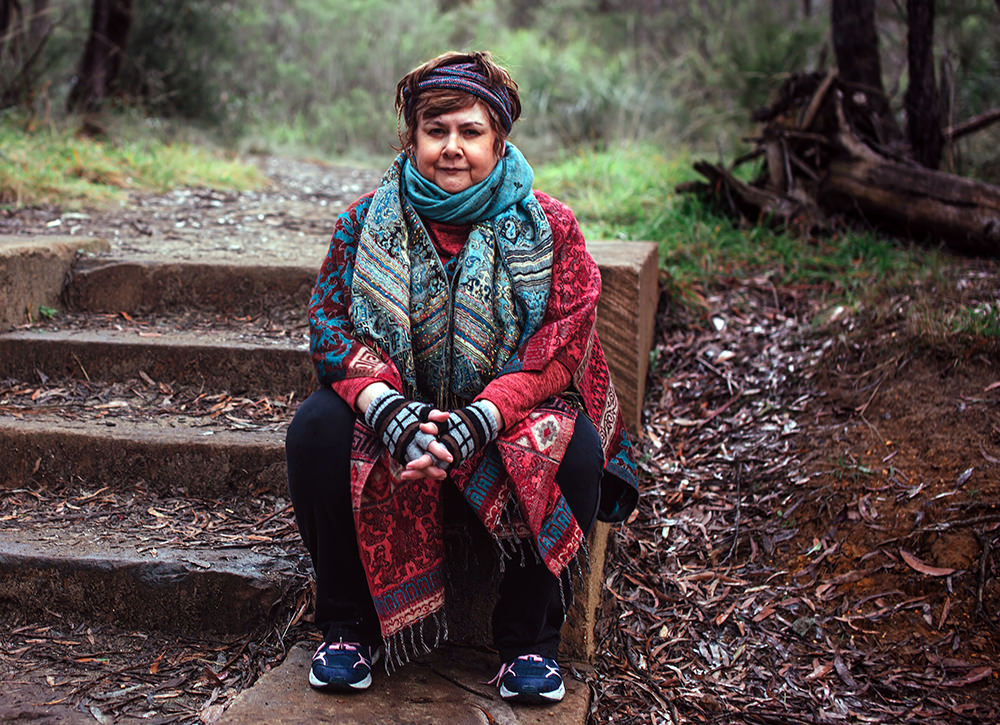 I am an old soul. Maybe that is enough said. I am originally a Star Seed who came on a mission to this planet – this is a deep knowing within me. I was a member of the civilizations of Atlantis and Lemuria; Mesopotamia, Egypt, India, China, Byzantine Empire and so on. I have pieced together this understanding through past life regression, meditation and various practices through which I have grown in awareness of my being.

In this life I was psychic as a child and did see and hear ‘dead people’. I had a life-threatening illness when I was 10 years old which seemed to open a portal of unusual knowledge and perception.

As a nurse in my late teens and early 20s I experienced many souls passing and ghostly encounters in the places I worked. I really loved working in oncology. It’s a special place – a corridor between life and death. Just like in the movie “Ghost” I would witness souls leave their bodies. They all seemed to be going up to the “good place” filled with light. One night just at the end of my shift, a young man had died and I felt him come back with me to the nurses’ quarters. There was a whirlwind gushing through and outside my room. I sensed that he did not know where to go. I sent a prayer that he would find his way and then the whirlwind stopped and it was peaceful. There were many instances like that.

In my late 20’s I joined a Spiritualist Church and at 28 was an ordained Spiritualist Minister. At the time I was given the spirit name ‘The Harvest Reaper’. I did ‘platform work’ – like John Edward, where you stand up and give messages from spirit directly to a group of people – then in the Church also psychometry and flower readings.

It was a wonderful training ground to learn mediumship and healing. I was later State Representative of a Healers’ organisation and learnt about deep trance channelling. I did not stay in these organisations, but was always guided to move on to gather more experiences. I think it is always wise not to stay with one spiritual organisation but to keep developing and growing. It is always wise to congratulate yourself for your own development, because that’s what’s really happening. You and your inner soul and essence finding one another in a Divine dance.

I went through a cataclysmic change in my personal life from mid 30s to mid-40s which I call my spiritual field trip. In the early 2000s I discovered Brandon Bays’ The Journey and became a certified practitioner, still am, as I believe in sacred psychology.

Blue Feathers came along in 2008. 2012, the end of the Mayan calendar, was a significant time for me too as my relationship of 10 years broke down and my beloved girl cat died. Although I lost my little family, and was forced out onto a greater path of self-discovery, the changes turned out to be so right for me. Last year I completed Eckhart Tolle’s 6-month course in his inaugural School of Awareness. I have studied shamanism and many other healing practices along the way.